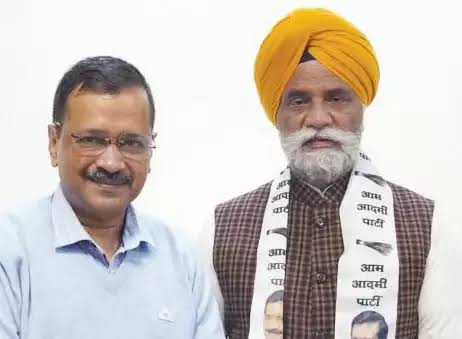 In a statement issued here today, the former Minister said that it was a verdict in favour of good governance and credible leadership of the party under Mr. Arvind Kejriwal. Terming the historic win of AAP in the Municipal Corporation Delhi Polls as a trailer, he said that a complete picture will emerge after the spectacular victory of the party in 2024 general elections. He said that this result will prove as a trendsetter for ensuring victory of AAP in the Lok Sabha polls slated in 2024.
He said that this massive mandate in favor of pro-people policies and solid performance of AAP in Delhi under the visionary leadership of Chief Minister Mr. Arvind Kjeriwal has silenced the divisive forces for unleashing malicious propaganda to defame the government for their narrow vested interests. Exuberated over this landslide victory, he congratulated Punjab Chief Minister Bhagwant Mann and the entire Punjab unit of AAP, which has worked hard during these polls to ensure the success of the party. Describing it as a mandate in the favour of pro-people and development-oriented policies of the AAP government, he said that the victory of the party has once again demonstrated people’s full faith and confidence in the policies and programmes of the AAP government in Delhi.
He said that poll results were a “triumph of clean, transparent and good governance of AAP over the malicious propaganda based on divisive politics and dirty tactics applied by the other parties. He also thanked all the workers, leaders, office bearers and rank and file of AAP for working day and night to ensure this thumping win for the party in these polls.