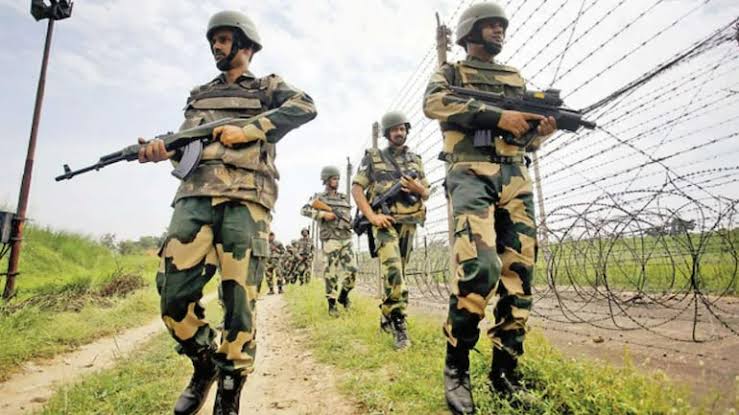 Punjab E News: BSF troops today recovered a cache of arms and ammunition, including two AK-47 rifles, along the Indo-Pak international border in Punjab. The seizure took place around 12 noon.

Two AK-47 rifles and four magazines, besides two pistols and some cartridges, were recovered by the BSF personnel during a search in Abohar sector of Punjab, a senior official said.