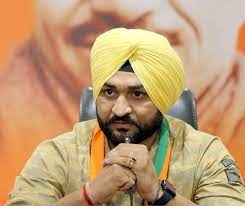 Punjab E News: Police has launched an investigation into the case of Haryana Minister Sandeep Singh and junior women coach. The woman coach has been summoned by the Chandigarh Police to the Sector-26 police station.

It has been almost 3 hours since we were interrogated. The interrogation is still going on. At the same time, there is still silence in the house of Sandeep Singh, who has left the sports department.
The junior women’s coach has again attacked Sandeep Singh before being questioned and has demanded his resignation from all posts.
The woman coach posted at Panchkula stadium in Haryana said she has been receiving threats but is not afraid of any threat or pressure.
She is ready to fight at every level. She is not afraid of any kind of pressure. The women’s coach said that she has full faith in the investigation of the Chandigarh Police. Earlier, she had refused to appear before the investigation committee of Haryana Police.