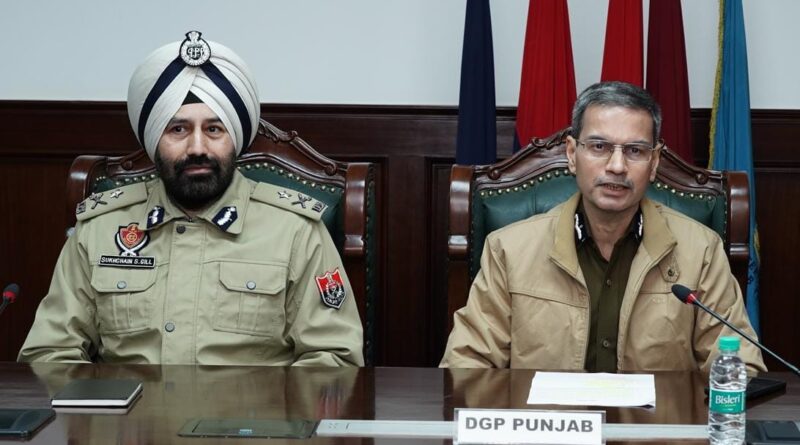 Punjab E News: In order to make Punjab a safe and secure state as per the vision of Chief Minister Bhagwant Mann, Director General of Police (DGP) Punjab Gaurav Yadav on Monday addressed a virtual meeting to review the ground-level law and order situation in the state.

Addressing all eight Range IGs/DIGs, 28 CPs/SSPs, 117 Deputy Superintendents of Police (DSPs), and 413 Station House Officers (SHOs) in Punjab, the DGP directed them to ensure effective action against drugs and gangsters. He was accompanied by Inspector General of Police (IGP) Headquarters Sukhchain Singh Gill.

As the Chief Minister Bhagwant Mann led Punjab Government has adopted zero tolerance against terrorists and gangsters, he asked District Heads of Police to use effective law against anti-social elements and also invoke the Unlawful Activities (Prevention) Act (UAPA) in terror activities.

He also asked them to identify the drug hotspots at every Police Station level and give a special focus on pharmaceutical drugs to root out the menace from the state. He warned that the concerned SHO will be held responsible in case of leniency in drug cases.

He asked all the Police Personnel on field duties to be more accessible to the common public and build friendly relations with citizens by picking up their calls, holding public meetings, involving youth clubs, etc.

The VDCs will be comprised of trusted and prominent persons of the village including retired Police or Army Personnel, Principals Government officers/officials, etc. “These committees will work as eyes and ears of the Police and supplement the efforts of Punjab Police to wipe out drugs, terrorists and gangsters from the border state,” said the DGP.

Meanwhile, Field officers were also asked to revive the beat system and one beat officer should be dedicated to each beat area so that accountability of the police officer for specific areas should be fixed.