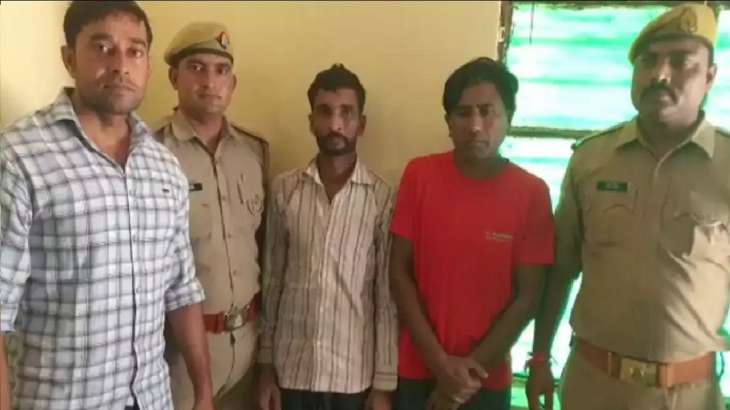 The Meerut police claimed to solve the Deepak Tyagi murder case in which a headless body was found in a sugarcane field. The police recovered the severed head and arrested two men- identified as Faimidu Nat and Asif in connection with the Taliban-style murder.

The investigation team also recovered the weapon used in the chilling crime.

Tyagi was found in an objectionable situation with Faimidu’s daughter that triggered the conspiracy to kill the victim.

“Deepak was murdered using a sword. His severed head was found at a place located around five kilometres away from the field where his body was recovered. The accused men carried out the crime with the intention that the investigating officers will not be able to identify the victim,” said SSP Meerut Rohit Sangwan at press conference.

Tyagi was inebriated during the time of the murder, added the police official.

“An intoxicated Deepak was resting near a tubewell in the village at night when the accused men attacked him,” he said. Both the accused have been booked under Section 302 of the IPC (Punishment for murder), SSP Sangwan added.

The victim had gone to the fields with a servant and after returning he received a call and went out a second time, but never returned, the family was quoted as saying in media reports.