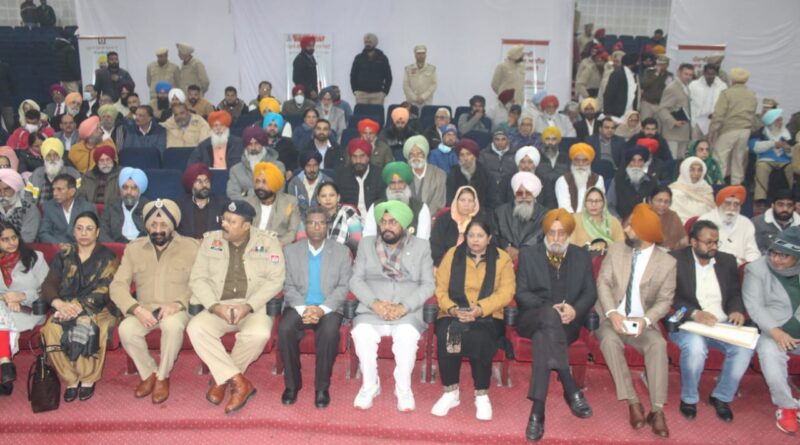 Ludhiana: Punjab NRI Affairs Minister Kuldeep Singh Dhaliwal on Friday said that Punjab Government would soon set up fast track courts in the state to facilitate Punjabi NRIs in addressing their issues in a short span of time. 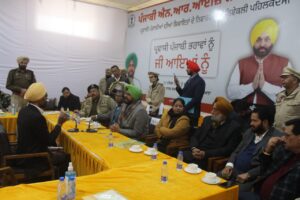 Presiding over third ‘Punjabi NRIs Naal Milni’ held at local Guru Nanak Dev Bhawan, thr Cabinet Minister Kuldeep Singh Dhaliwal said that the state government was committed to prompt resolution of their grievances by taking the initiative of such meets. He said that this endeavour of the state government led by Chief Minister Bhagwant Mann will go a long way bringing positive results.

The Minister also said that these courts would be functioning dedicatedly for the speedy redressal of Non Resident Indians’ (NRIs) issues pertaining to civil cases. “I have already talked with the Chief Minister in this regard” said Dhaliwal and added that the proceedings will be initiated soon to establish courts to deal civil cases of NRIs so that their precious energy, time and money could be saved.

Expressing satisfaction over the enthusiastic response of the Punjabi Diaspora towards the Milni initiative, Dhaliwal said that the NRIs would be made active partners in the state’s progress. He also lauded the contribution being made by NRI Punjabis in the development of villages and cities. He further pointed out that nodal officers are being deputed in the districts, who would get the issues of NRIs done at the earliest without any delay.

In the presence of senior civil and police department officials, the NRI Affairs Minister heard the problems of NRIs from districts Ludhiana, Sangrur, Malerkotla and Barnala and directed that these complaints should be resolved immediately.

During the meeting with the NRI Punjabis, district war counters were established for the convenience of the NRIs from different districts where civil and police administration officials were listening to their issues. A total of 170 cases were heard during today’s event.

The Cabinet Minister urged the NRIs to actively participate in these meetings and said that upcoming ‘Punjabi NRIs Naal Milni’ will be held in Moga on December 26 followed by Amritsar on December 30 for which NRIs can apply online Punjab Government’s portal https://eservices.punjab.gov.in or on the spot.